Hi there. This is my second official blog post so I’m still quite new to all this. Today I thought I’d write about my passion for cars and driving.

Since a young age I’ve loved cars, my first word was actually Citroën! I always played with car toys and dreamt of the day when I could start lessons. I genuinely remember on my tenth birthday saying to my dad “only seven more years until I can start driving”.

Anyway the day came around, my 17th birthday, and I got driving lessons. I was over the moon. I booked my first lesson for the following week and I could not wait! That week felt seven years but finally my first lesson came around. I would be driving a 2008 Vauxhall Astra Sport Hatch 1.8 SRI. If you’re not a car buff that won’t mean much to you but to me I was really excited. Now I don’t know about your first driving lesson (if you’ve had one) but mine didn’t go that smoothly. Bare in mind this is of course the first time I’ve driven a car.  I got into the driving seat and was briefed by my instructor about controlling the car etc. Then it was time to drive. That excitement turned into anxiety. I turned the key, press the clutch in, selected first gear and… floored it. I had no concept of how hard to press the accelerator and so I rammed my foot to floor. The car shot forward at about 1,000,000 mile per hour then stalled. I sh*t my pants. It didn’t end there either. After realising I needed to apply much less pressure to the pedals I was finally off. It was a bit of a choppy drive down the road but as I got used to the car on the deserted straight road it was plain sailing…until I approached a junction. Luckily it wasn’t a busy road but I was quite nervous and so began the stalling. I kangaroo hopped towards the junction, struggling to find the biting point and therefore over compensating with a lot of throttle. The engine was roaring, the car was jerking and as if it couldn’t get any worse I see a pedestrian on the pavement look at me and literally run in the opposite direction like something off Grand Theft Auto!

Anyway after 4 driving test (I’m a good drive, honest) I FINALLY passed my test. Now any young drivers currently learning or who have just passed their test will know that getting your first car is expensive. I decided not to get a car straight away. I saved up money from my 18th birthday and working for my Dad and finally had enough for a car. In March 2013 I went car shopping and it is such a great feeling. Of course all the cars I looked at were really small and a few years old but that’s what a first car is (unless you are rich). I found my first car, a black 2004 Renault Clio Dynamique with 58,000 on the clock. Love at first sight. I was supposed to be viewing a further 4 cars but I knew when I saw that I had to have it. I bought it there and then and picked it up the following week. Now paying for the car is one thing but the expensive part is insurance. I shopped around several companies using comparison sites and the quotes coming back were astronomical! Considering I bought the car for £1,795 some of the quotes were exceeding £5,000. Then my friend recommended to get a “black box” insurance policy. These are very common now but back then only Co-operative Insurance offered it. It is basically a telematics box that is connected to your car and monitors several factors of your driving such as speed, time of day you drive, cornering speed, braking, types of roads you use etc. The idea being that the more carefully you drive, the more money you save per year. If you drive well your premium is decreased month after month if you pay monthly or you get a refund at the end of the year if you pay annually.

After 2 years of driving safely and racking up 2 years no claims bonus I decided the time had come to upgrade the Clio and get a new car. That and the fact the sunroof had started leaking like a colander. I remember driving to the Lake District with 3 of my friends to hike up Lansdale Pike and the weather was terrible. It was October so it was raining heavily and I literally had a puddle in my footwell. I ended up buying a roll of gaffa tape to try and stop the leak although it all came off on the motorway. Anyway I was looking for a new car and, much like the first car, found it at a local garage and knew straight away I wanted it. I went to the garage and asked about it then rushed home and got on the computer to get an insurance quote. The car was cheap and the insurance, although more expensive than the Clio, was affordable. I went back that afternoon in the pissing rain (apparently you should never buy a car in the rain) and bought it. A 2005 silver Vauxhall Astra SXi. I was over joyed. It was the same car I learnt to drive in, albeit a few years older. It was a much bigger car, a complete step up from my Renault and I showed off to whoever I could.

A further 2 years later and the honeymoon period with the Astra was well and truly over. I took it for a service and was advised it needed over £2,000 worth of repairs (I only bought£1,695 for it 2 years prior) so that was that, time to look for a new car. I’d been saving money up for it because I wanted something newer this time. I browsed Auto Trader and my local car dealerships with no particular make or model in mind. On December 23rd I found the car I wanted. A 2012 Peugeot 208. On 27th December I bought the car and have loved it since.

I didn’t intend on this blog post being so long but as titled I really am passionate about my cars. I have done a track day and modified my cars in several different ways (I’ll save those stories for some other blog posts).

I hope you enjoyed reading about my car history and calamities and I’m going to do a post (including pictures and the video) about the track day I did last year this week. 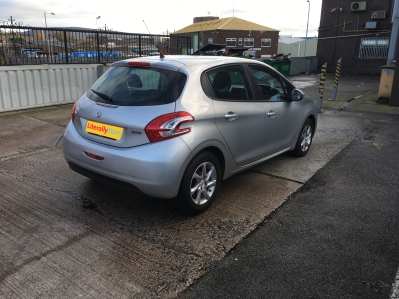 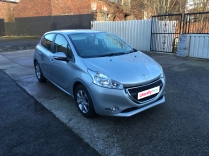 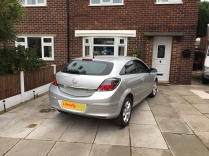 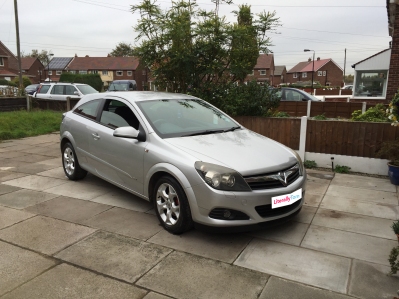 2 thoughts on “My passion for cars!”